As house prices continue their downward trajectory on the eastern seaboard, property owners across the Nullarbor are watching on with interest.

Perth is more than four years into a housing downturn that is yet to bottom out after median house prices peaked at $585,000 in November 2014, according to Landgate figures.

As panicked owner-occupiers and property investors in Sydney and Melbourne try to predict what will happen from here, real estate observers and economists say the WA market may provide some clues.

In WA, house prices were the casualty of a slump in population growth, triggered when a swathe of construction projects kicked off by the mining boom were completed.

That caused the Perth median house price to fall 14.8 per cent from its peak, according to CoreLogic data.

For property owners, the past four years has been a constant stream of bad housing news, leading to a surge in mortgage stress.

But the decline has been gradual, according to Real Estate Institute of Western Australia (REIWA) president Damian Collins, in contrast to the wild fluctuations underway on the east coast.

"The rapid downturn has certainly spooked a lot of people."

The reality is that Sydney has further to fall than Perth did, according to Bankwest chief economist Alan Langford.

"If you get that far out of kilter with incomes, you're going to have a steep fall," he said.

How households react to a property bust

In Perth, the retail sector took a hit as households cut back on spending.

"We've seen a big slowdown in retail trade on the back of this sliding housing market," CoreLogic head of research Cameron Kusher said.

"I wouldn't be surprised, particularly over the Christmas/New Year period, if we do see much weaker retail conditions than what we've seen over recent years, due to the fact that property prices are falling fairly rapidly in Sydney and Melbourne."

Economists say the reversal of the "wealth effect", created by rising house prices, is to blame.

"If you've got houses and share prices falling at once, a household that has equity in a house plus a share portfolio — either directly or through their super funds — they're not going to be as inclined to spend, which is why we're seeing soft household consumption growth coupled with modest wages growth even in New South Wales and Victoria," Mr Langford said.

"You're more inclined to run your savings down to finance consumption if you think your wealth is being maintained or growing."

However, Mr Langford said household consumption was holding up in Sydney and Melbourne.

"A little bit worryingly, including for the Reserve Bank, is that it is being sustained by a run down in savings, because their labour market's quite strong and people are confident in their jobs, which is great.

And that has a flow-on effect to the broader economy.

In WA, unemployment remained relatively stable, but underemployment ticked up, while building approvals have more than halved since their peak in 2014.

"Certainly now, there is a big downturn in the housing construction sector," Mr Kusher said.

"It has, obviously, a flow-on effect to real estate agencies as well." 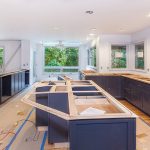 Do We Stay or Do We Go Now? The Clash famously sang; Should I stay or should I go now? If… 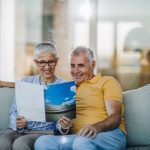 It's Time For 'Us' - Lets Downsize It would be fair to say, that over the past 16 years of… 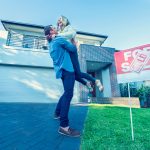 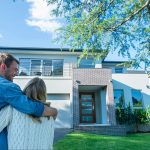